From such an example, we might therefore conclude that any sentence can be made positive by removing the relevant negative word – most often not – from the sentence. But if that is the case, why is the non-negative response I like it one bit not acceptable, odd when its negative counterpart I don’t like it one bit is perfectly acceptable and natural?

This contrast has to do with the expression one bit: notice that if it is removed, then both negative and positive responses are perfectly fine: I could respond I don’t like it or, if I do like it, I (do) like it.

It seems that there is something special about the phrase one bit: it wants to be in a negative sentence. But why? It turns out that this question is a very big puzzle, not only for English grammar but for the grammar of most (all?) languages. For instance in French, the expression bouger/lever le petit doigt `lift a finger’ must appear in a negative sentence. Thus if I know that John wanted to help with your house move and I ask you how it went, you could say Il n’a pas levé le petit doigt `lit. He didn’t lift the small finger’ if he didn’t help at all, but I could not say Il a levé le petit doigt lit. ‘He lifted the small finger’ even if he did help to some extent.

Expressions like lever le petit doigt `lift a finger’, one bit, care/give a damn, own a red cent are said to be polarity sensitive: they only really make sense if used in negative sentences. But this in itself is not the most interesting property.

What is much more interesting is why they have this property. There is a lot of research on this question in theoretical linguistics. The proposals are quite technical but they all start from the observation that most expressions that need to be in a negative context to be acceptable are expressions of minimal degrees and measures. For instance, a finger or le petit doigt `the small finger’ is the smallest body part one can lift to do something, a drop (in the expression I didn’t drink a drop of vodka yesterday) is the smallest observable quantity of vodka, etc. 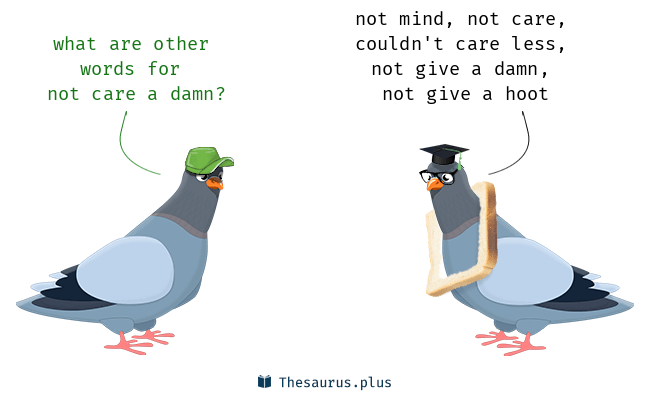 Regine Eckardt, who has worked on this topic, formulates the following intuition: ‘speakers know that in the context of drinking, an event of drinking a drop can never occur on its own – even though a lot of drops usually will be consumed after a drinking of some larger quantity.’ (Eckardt 2006, p. 158). However the intuition goes, the occurrence of this expression in a negative sentence is acceptable because it denies the existence of events that consist of just drinking one drop.

By using expressions of minimal degrees/measures in negative environments, the sentences become a lot more informative. This, it seems, is part of the reason why languages like English have changed such that these words are now only usable in negative sentences.