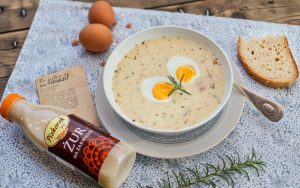 By the end of this century we are likely to lose half of the world’s six thousand languages. With each lost language a whole world of thought, customs, traditions, poems, songs, jokes, myths, legends and history gets lost. Knowledge of local plants, herbs, mushrooms and berries, their medicinal and culinary uses disappears, together with names for small rivers, mountains, valleys and forests. And this is only a tiny fragment of what we lose when we lose a language.

For a linguist, a loss of a language is first and foremost a loss of system with a unique set of properties and rules which make it work. If there are any universal principles behind the architecture of human language, our only hope to figure them out is by studying the multitude of languages still existing on the planet. And endangered languages – those that we were lucky enough to have time and resources to study – show us time and again how vast is the range of linguistic variability. For example, it has been thought and stated by linguists and psychologists that grammatical tense can be marked by verbs only, as hundreds and hundreds of languages behave this way. Then we discovered that Kayardild, a morbidly endangered language of Australia, marks tense on nouns as well as verbs, making us reconsider this ‘universal’.

Archi, a language spoken in one village the highlands of Daghestan (Caucasus, Russia), is an endangered language which I have been working on since 2004. There are only about 1300 speakers of this language and, as far as we know, there never have been more than that. Yet for centuries it was spoken in the Archi village (below) and passed to younger generations without being under any threat. 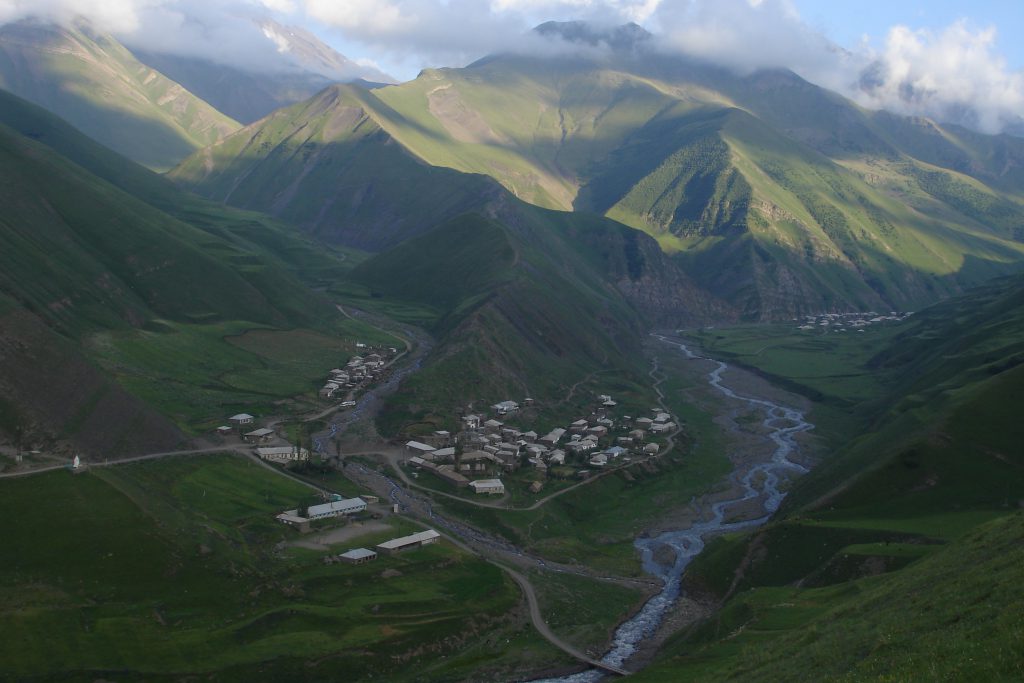 Being so small, there was never a writing system invented for Archi – people in the village did not need to write to each other, and all communication with the outsiders happened in one of the larger languages of the area. Until the 1940s this was Lak, then Avar (two large languages of Daghestan), and in the past 40 years, these have been increasingly replaced by Russian. Archi people lived a hard but self-sufficient life keeping sheep in the mountains for themselves and for trading (the alpine pastures within walking distance of Archi village make their lamb hard to compete with) and growing grains, mostly rye, on terraces: narrow strips of land dug into the steep mountain slopes. These grains were just for their own consumption, as it was too hard a job to grow any more than they needed to survive. 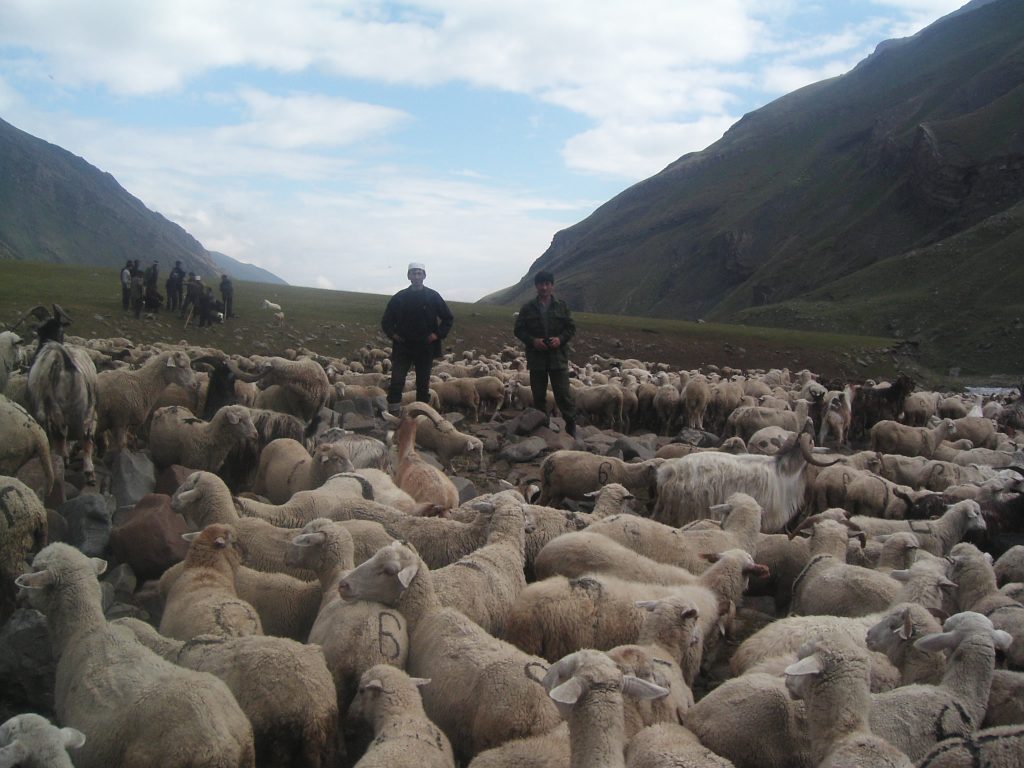 We cannot even say that the arrival of television, mobile phones and the internet – which happened more or less at the same time in Archi – is responsible for language decline. It is just that  life in the mountains is very hard, so the Archi people start moving to the cities, abandoning their traditional way of life and their language. Since I started working with Archi, two of the village’s primary schools have been closed and others are struggling as young people continue to leave. Kids abandon Archi as soon as they go to school or nursery in town, and their parents tend to follow suit. Older people in the village still wear traditional dress and keep up traditional skills, but the younger generation is moving away from these traditions. And when the last school closes in the village and no more children live there, the language’s fate will be sealed. 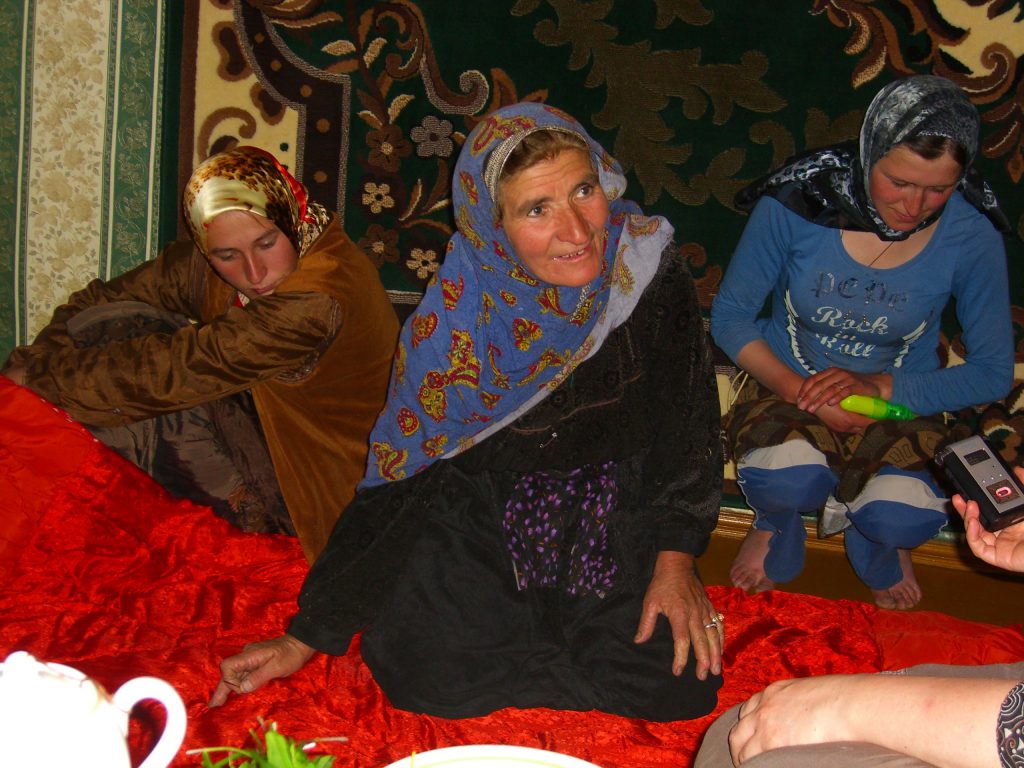 What will we lose once Archi is lost? We will lose a verbal system which boasts the largest number of verb forms registered – Archi verb has up to 1.5 million forms. With this, we will forever lose the opportunity to figure out how the human brain can operate such a humongous system; we won’t be able to watch children learning such a complex language, going through stages of acquisition, making telling mistakes and the overgeneralisations (like English kids do when they go through the stage of producing forms like goed, readed, telled, eated etc). We will have the knowledge that a system such as the Archi verb existed, but we will never know how it functioned.

We will lose a system of deictic pronouns (like English ‘this’ and ‘that’) which had five words in it. These mark not just the proximity to the speaker (like English this), but also the perspective of the listener, and the vertical position in regard to the speaker (see below). Even if these are not unique as lexical items, the whole linguistic system in which they operate is unique. We don’t know yet how these pronouns work in stories as opposed to conversation, and at the moment we have no good techniques to find this out.

This is called Ergative-Absolutive alignment, and was first brought to the attention of  linguists by the Australian language Dyirbal, which is now already dead. Several other linguistic families of the world use the same way of making sentences, including Archi. As not many Dyirbal materials have been recorded, it is Archi and other endangered Daghestanian languages that have been making linguists reconsider universals about subject, object and verb relations.

This is only a glimpse of the impact that endangered languages have on linguistics as a discipline. In the last few decades, linguists have become much more aware of how invaluable endangered languages are and how fragile their futures, and more and more efforts are now directed to documenting and – whenever possible – preserving the linguistic diversity of the world.